“It’s really made my day, things certainly have changed since I was on the force,” said Derek a resident at Bowood Court & Mews Care Home in Redditch.

Derek met several police officers at Bowood’s new social event which sees residents and local community professionals come together to have fun, socialise and really get to know one another over breakfast!

“I used to be a police diver, not just in the local area but all over, we would get called in to search rivers, lake and sometimes even the ocean. We trained in a swimming pool most of the time, which was a lot warmer, but the reality is quite different. I remember some sad times and some happy times on the job, but the key is teamwork” said Derek.

“We all had a great time at Bowood. We got to know the residents on a personal level rather than just in a professional capacity. It’s not very often we get time to sit and engage with the local community and really listen to what they have to say, whilst eating a tasty, warm breakfast. I will definitely be back,’ said one PC from the Safer Neighbourhood Team.

Kelly Bates, Bowood Court & Mews Manager concluded: “It’s so wonderful to see Derek excited and reliving his police life with the other officers and even passing on advice. The visit was such a success we plan to add this to our existing list of monthly social events that are so popular with our residents.” 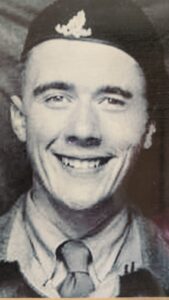