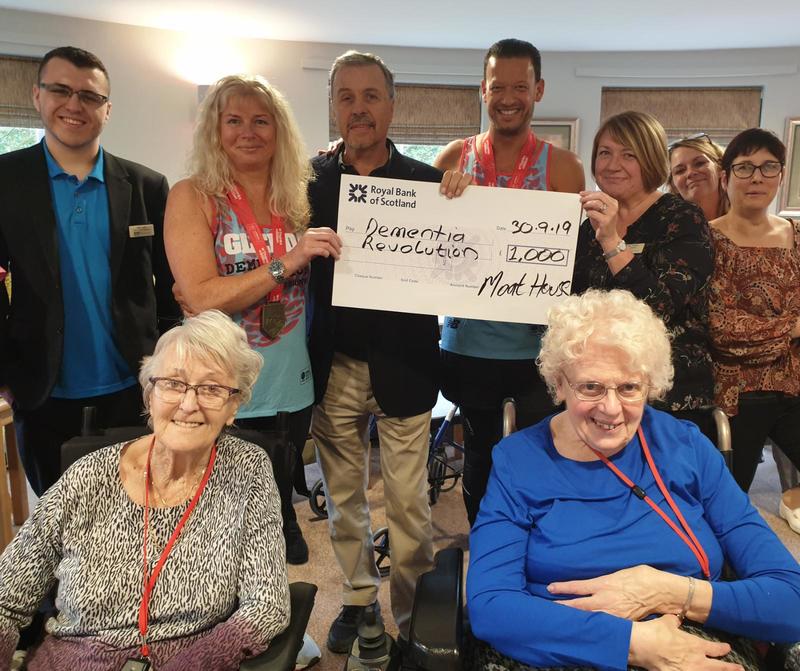 Moat House has donated £1000 to Dementia Revolution, a charity committed to dementia research.

“I think the donation of £1000 for Dementia Revolution is just wonderful.  It means we have contributed to hopefully finding a cure for this life changing disease and us helping towards having a world without dementia is the best feeling ever,” said Moat House resident, Veronica Tame.

A cheque presentation took place took place at Moat House’s new Plaza Café, a space specially designed for residents to interact with local community members and where residents recently held their own coffee morning to raise funds for Alzheimer’s Society.

“Dementia research is very close to our hearts here at Moat House. Our residents and team are always doing their bit to raise vital funds such as our MacMillan Coffee Morning, so it’s absolutely wonderful to see the company also supporting the Alzheimer’s Society with such a significant donation,” said Nicky French, Moat House Manager.