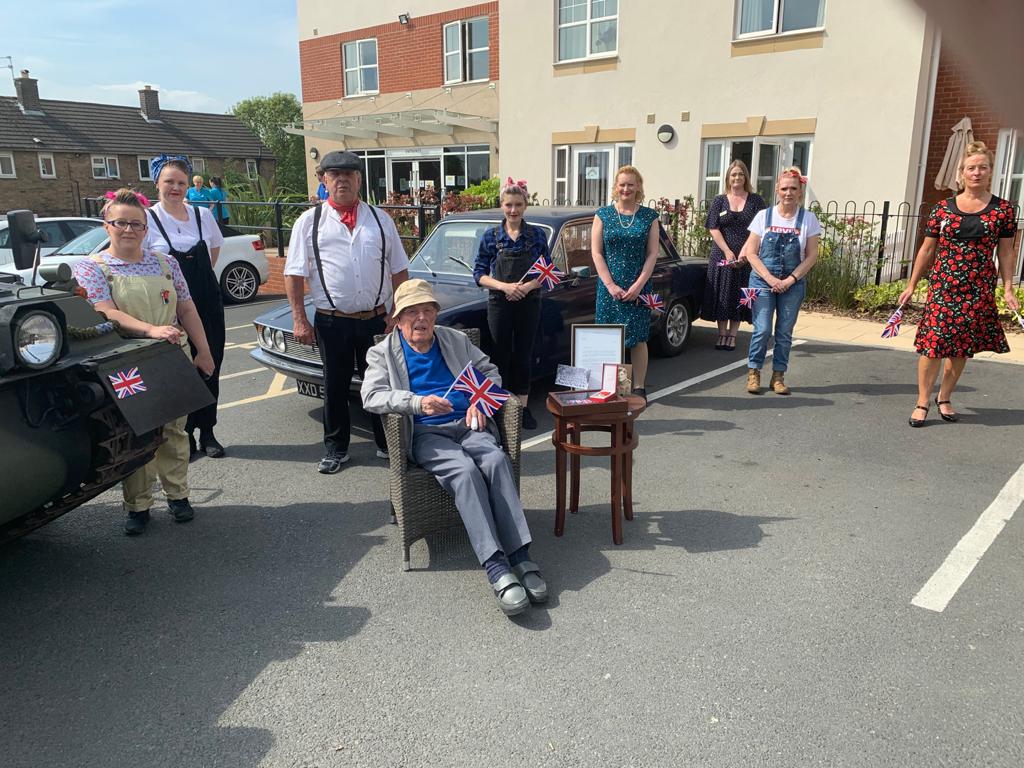 A Nottingham man who broadcast war communications from Normandy after the D-Day landings and was honored with prestigious war medals will receive a surprise visit from an army tank on VE Day at his home, Chetwynd House Care Home.

Chetwynd Barracks and the local communities have been in contact with the home in the hopes of honoring Jack on VE Day 75 for his efforts in the war and the liberation of Europe.

John Newton, known as Jack, became a telegraphist at the General Post Office after leaving school at 14, As soon as he was 18, he joined the army, and his communication skills were put to use for the war effort in the Royal Signals, where he served in France, Belgium, Holland, Germany, Greece, and Egypt. Just a week after D-Day, when the first wave of troops landed on the beaches of Normandy for the invasion of Europe, Jack was on Gold Beach. He remembers receiving the message that the war was over.

He said: “I was in a basement in Antwerp. I received a message and it wasn’t in cipher, it was a plain language message from the supreme headquarters, Eisenhower’s headquarters. It said from such and such an hour, cease all offensive operations and maintain defensive operations.”

“I just remember thinking ‘that was it”.

“We received many requests from a salute from a guard of honor to a real war-time military tank at the care home to surprise Jack on the balcony. We have a live entertainer singing war-time tunes from the car park as well as a 1940’s street-style party at the home. So let’s hope this is another day Jack and our other residents will never forget” concluded Dave Godrich, Home Manager.

We use cookies to ensure that we give you the best experience on our website. If you continue to use this site we will assume that you are happy with it.Ok